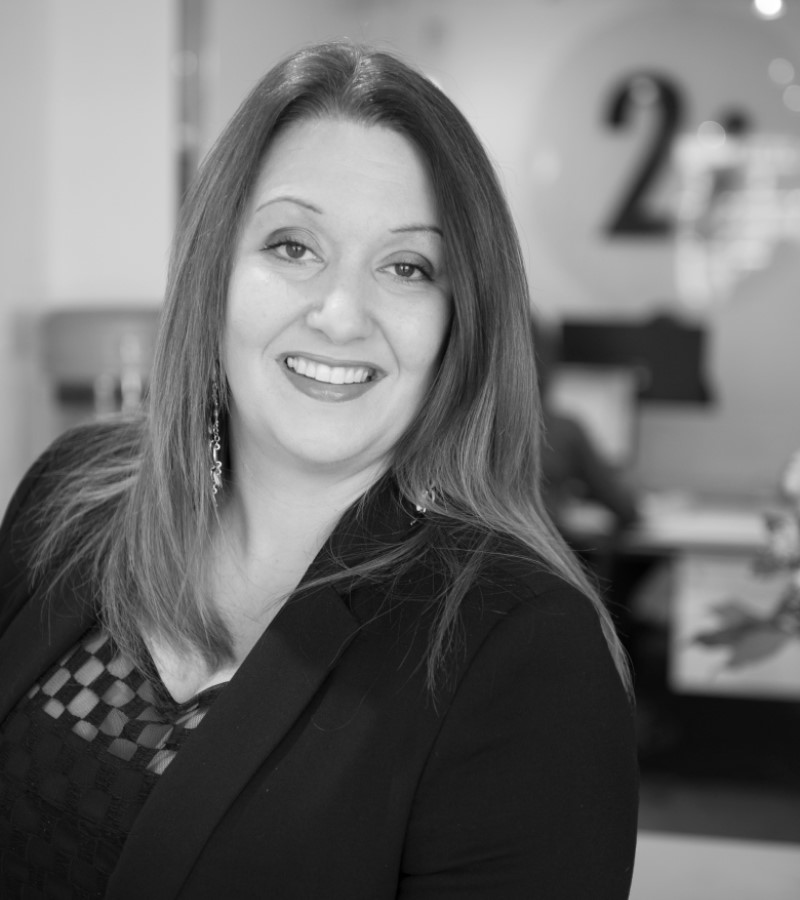 This month, our Associate Director, Nikki Cook, is celebrating 10 years working as part of the 2i Recruit team. She joined 2i Recruit in May 2009 as a part-time Telesales Assistant, and now manages a team of Consultants to ensure that we deliver excellent service. So, what is it that has made Nikki stay? To celebrate her 10 year anniversary, we’ve asked Nikki some questions to reflect back on her time so far as part of the 2i Recruit team:

What has been your funniest moment at 2i Recruit?

I had been working at 2i Recruit for 6 months when I took annual leave. Whilst I was away, Jenny had hired a Temp to call candidates on our database to see if they were still looking for work. As you can imagine I was rather concerned when the Temp called me as I was sitting drinking my cocktail by the pool asking me if I needed a job!

What has been your most awkward moment at 2i Recruit?

Probably when I was registering a candidate at the 2i Recruit offices who kissed me goodbye when I went to shake her hand at the end of the registration! I had to advise her not to kiss our client at the end of interview we had arranged for her!

What has been your favourite candidate placement made during your 10 years at 2i Recruit?

This has to be when a lovely IT Manager had been made redundant and came into the office looking for work. He was anxious about his future and needed a job local to home so that he was close to an elderly relative that he took care of. I took his CV but had nothing currently live that matched his skills. The same afternoon, one of our local clients called in looking for an IT Manager!

The candidate, of course, was successful at interview and got offered the job. I later received a call from the candidate’s relative thanking me for my help and telling me what a difference it would make to both of their lives. Situations like this make my job very worthwhile and rewarding.

Have you ever made any strange candidate placements?

We had a lovely consultant working at 2i for a few months who regretfully was not suited to a recruitment environment. One of our clients was seeking a candidate and we identified that this consultant was a perfect fit for the job. We ended up placing her in this role and she is still working and progressing with this company until this day.

What’s the best thing about your job?

It’s such a varied job working with a range of different clients from different industries and occupations. I also love working alongside such an established and close-knit team.

What influenced you to choose recruitment as a profession?

When I started out in my career I was driven by money and built my future in a sales environment. I still enjoy this aspect of the business today along with meeting new people, finding them new jobs and building long-term client relationships.

What’s the biggest challenge in your job?

Candidates and people by their very nature are unpredictable. You cannot control how people feel about an opportunity or how a client will feel about a candidate.

How has 2i changed over the past 10 years?

2i Recruit has enjoyed significant growth over the last 10 years ensuring we have a core client base of repeat business, whilst we continue to offer a professional and excellent service to new clients. This growth is a reflection of the stable team at 2i Recruit where we have combined recruitment knowledge in excess of 40 years.

We would like to thank Nikki for her 10 years at 2i Recruit and are looking forward to many more. If you’re looking for a new opportunity, or for help with your recruitment process, you can get in touch with Nikki or one of the 2i Recruit team today by calling 01483 414719.