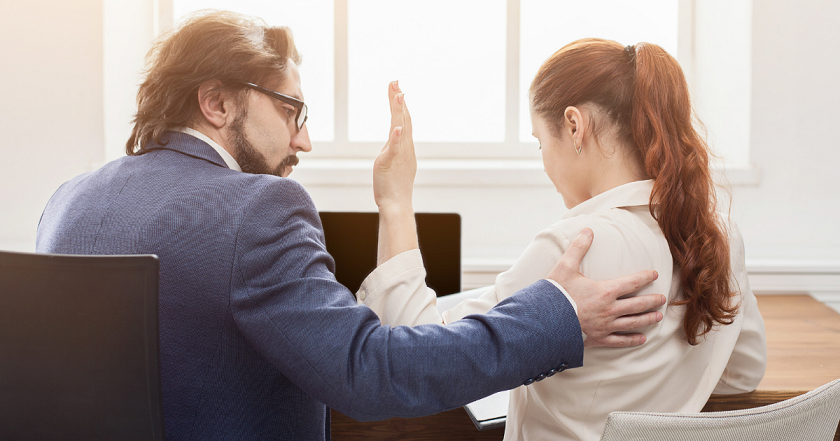 More than half of women surveyed by the TUC & the Everyday Sexism project had experienced sexual harassment in the workplace.

A survey by the law firm Slater Gordon found nearly half of those surveyed were “warned to expect inappropriate behaviour from particular colleagues when they started their job.”

“On my last day at work, a colleague told me that his biggest regret was that he didn’t get the chance to rape me in the store room before I left. For months I had been scared to go into that room on my own because he always said things like, ‘I’m coming to get you’ and ‘don’t go in there alone, I’ll jump on you.’” 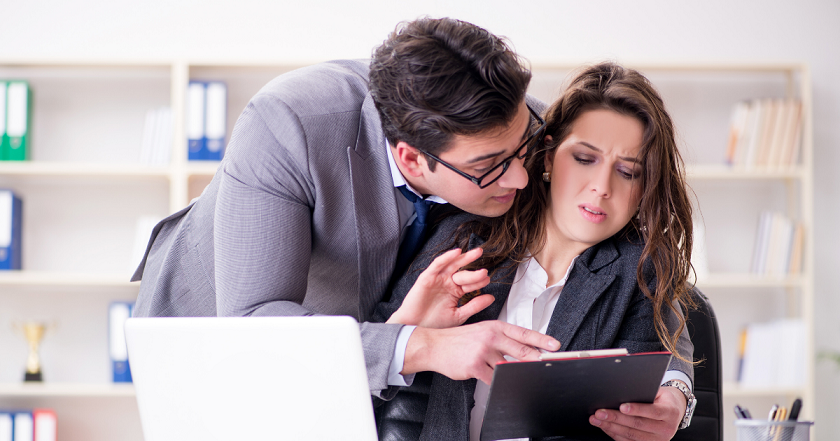 Four out of five women in the TUC survey didn’t report the sexual harassment to their employer. In the Slater Gordon survey only 27% of respondents felt they could report the behaviour.

Why is sexual harassment in the workplace under reported? Women who took part in the TUC survey were worried that they would be seen as humourless if they reported their experience of sexual harassment to their employer.

“On a night out, I stood in a crowd of male colleagues who were considerably older than me (I was 19) when one of the interrupted me by leaning through the circle and touching my boob while the rest laughed. Not one of them said anything or even seemed to think it was wrong.”

Women who work in male-dominated workplaces were more likely to experience sexual harassment according to European Commission research. The TUC report states this is supported by anecdotal evidence from unions, especially where men are in positions of power and women are in more junior roles.

“Went to HR about sexist and flirty CEO. Told to put up with it as I’m ‘young and pretty and they’re men, what do you expect?’” 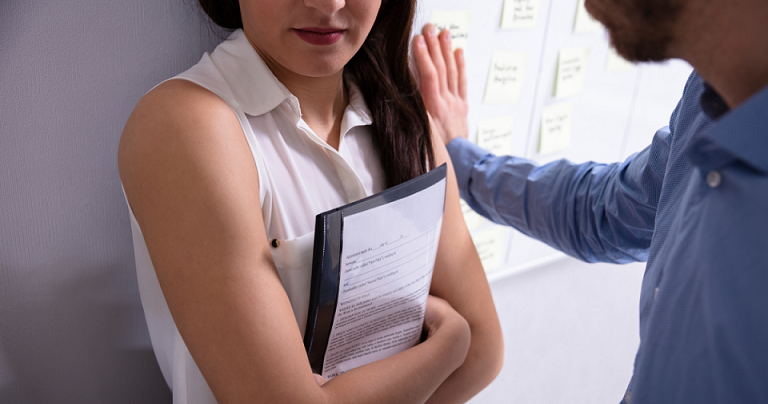 Implementation and Enforcement of Policies

The findings of the surveys indicated that many employers either dismiss reports of sexual harassment or the behaviour gets worse after reporting it.

Rather than fail to act, employers have a responsibility to the safety of their workers to take all reports of sexual harassment seriously. Without this, the problem will continue to be under reported.

Part of implementing these policies should include making sure all employees are aware of the policies, the procedures on reporting sexual harassment and their rights and responsibilities.

Are you an employer? Now you know whether women feel safe in the workplace, are you going to implement the recommendations into your organisation?